Building Centrum Krolewska has been certified with BREEAM In-Use of “Very Good” in terms of the Building Management and Asset Performance. 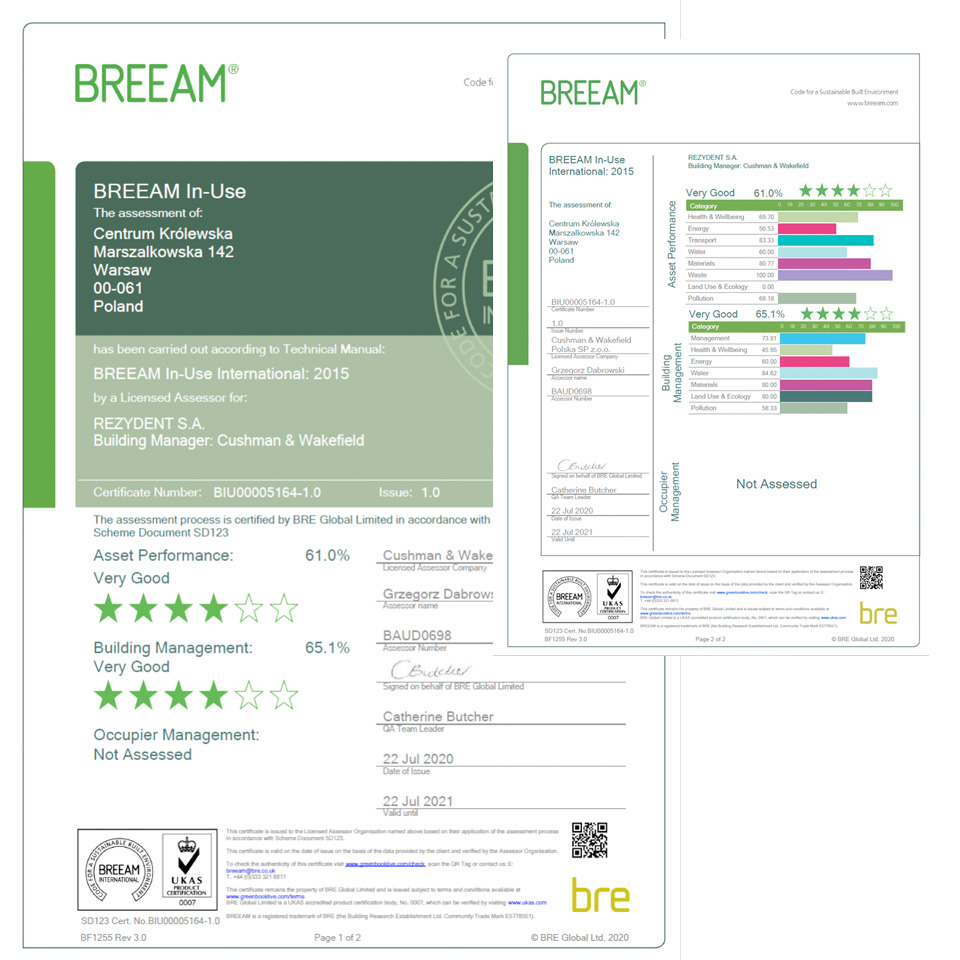 in the plebiscite „Gazeta Wyborcza” and monthly „Architektura – Murator” for the design of office building: „Ulubieniec Warszawy 2002-2003” – 1st place 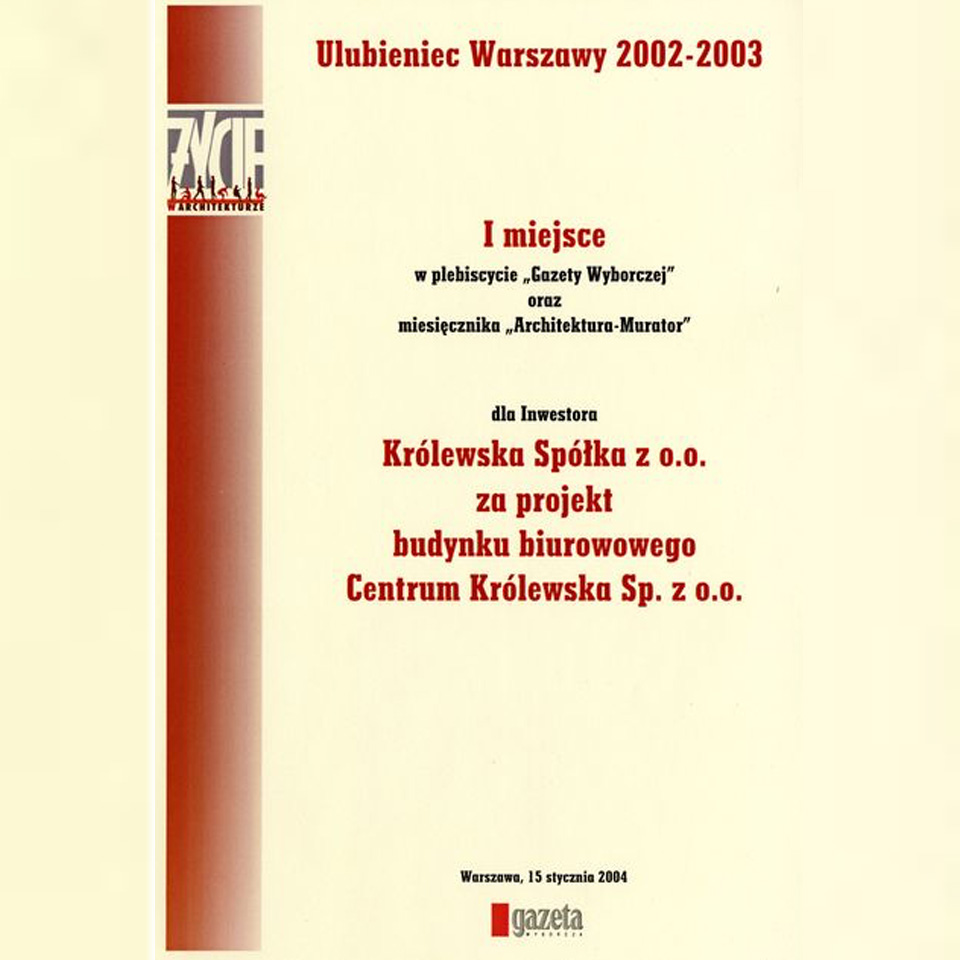 Centrum Królewska as a favourite building of inhabitants of Warsaw

Most beautiful new building of Warsaw is Centrum Królewska near the Saxon Garden! Our readers decided this way in the opinion poll on “Favourite of Warsaw 2002-03″

His architecture is full of contradictions. Stone elevations from the side of Marszałkowska and Królewska streets are warm, soft and rounded off. That is harsh material but also the feminine gentleness. They are also contemporary although associations are putting on the style of the year 1937. His followers were fond of first-class material, the perfect workmanship and inspirations with the late baroque. South elevation of Centrum Królewska growing above blocks at Marszałkowska street is already a different world. World typically male. Cold and angular! Windows are horizontal sash here lights but the base were made with aluminium crackers from the strict hardliner.

– I like this building although I am not able to say about his virtues impartially – Monika Gałat is talking – the representative of the investor, the director of the Królewski SA company. And she is boasting that the majority of the surface of the office building was rented. Orbis had the half of shares at first in the company.

At present 100% belongs to Jacek Szymoński.

For the princess too high

Whether it is contemporary madness in it heart of hearts high-tech on the subject of the Renaissance recessed balcony? And he can of bridge? Two balconies are seen in the centre of the hole about the metallurgical structure and the openwork floor of teak wood. Looking on not around of level of the pavement, it is possible to imagine for itself also that the building is a tower, which the princess was imprisoned in.

The framework structure of a building is from the hardliner, but of it “skin” from glass and trawertyn. Stone records were fitted to drawn aside in the perpendicular and turned horizontally elevations. Not even touch without the computer! He helped establish sizes and putting individual records. The whole was made perfectly. Architectural skin – elevation – is smooth like at the dolphin.

There are two – from the east and the north. Both are opening to the Saxon Garden. The view is fantastic. We have not only the green roof of the garden but also red roofs of the Old City under legs standing in the inside of the building. However Megawindow is a trick worth masters of the baroque. Drawing what is being spent with the large hole with the mighty pane firmly aside oneself from the perpendicular, is a fragment of the etheric protective wall which is hiding three storeys of the office block in fact.

A surface is money…

In the commercial building every square metre on which it is possible to earn is important. A little entrance hall is a requirement of this logic. Small doesn’t mean boring. It is aesthetically refined inside. Panels are filling with admiration of wood and about equally beautiful veneers as in fashionable today furniture of years 30. of last century. Centrum Królewska, Marszałkowska street 142, APA authors Kuryłowicz & Associates, the Centrum Królewska investor.